How can you not go to a place that has not only a giant chicken outside, but also a humongous Humpty Dumpty sitting on the wall? 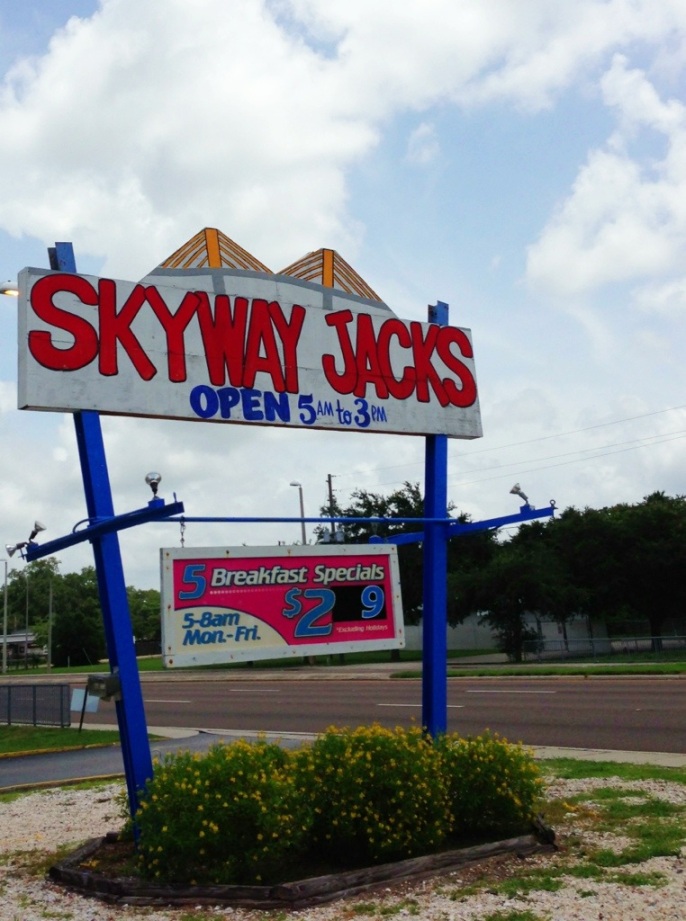 There were many tasty and creative items on the menu, but I selected a traditional scrambled egg and sausage meal with a biscuit and a side of sausage gravy.

The biscuit was huge and appeared to be homemade. On its own, it was a bit heavy. But it proved to be an acceptable conduit for the gravy. I ended up creating my own sort of breakfast bowl with sausage, eggs, potatoes, and biscuits jumbled together and all smothered by the peppery sausage gravy. My companion called it a Breakfast Jump-up (movie reference). I called it scrumptious.

They really should add this to the menu, don’t you think? They could call it The Persnickety Biscuit Special.