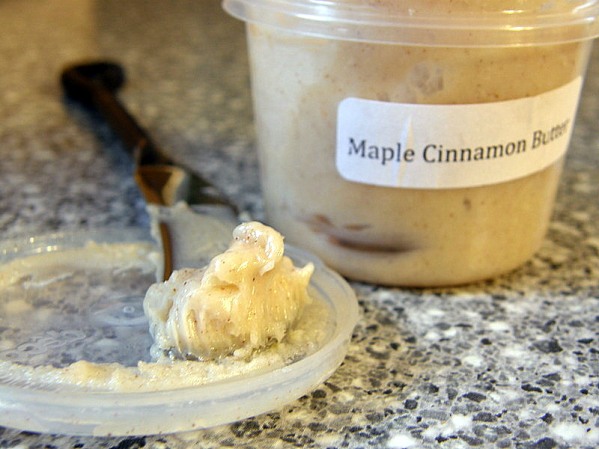 The recipe came from My Life as a Mrs.

After spending some time focused on making more “traditional” biscuits, I was ready for something different. I love pumpkin muffins so figured I would like these, too! 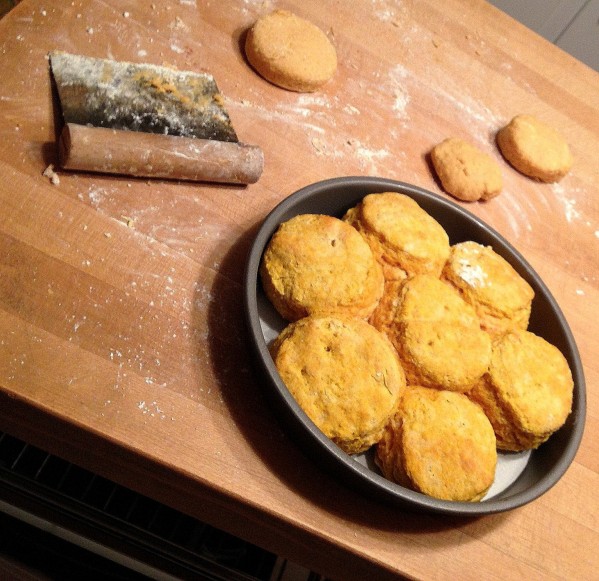 For me, it is the spices. I don’t like too much pumpkin spice mix in anything. The blend is not quite right to me, but you need enough spice to make these interesting, so I fiddled with that a bit. It was also a little tricky to get the ratio of wet to dry ingredients right.

What changes were made to this biscuit recipe?

I made these several times. The first time, I made them as written, the second time (and third and …) I made the following changes: 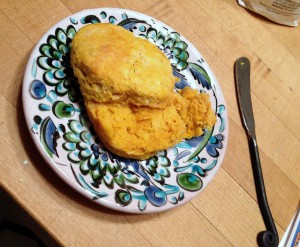 Wonderful! They were a gorgeous orange color and very moist with just enough spicy sweet pumpkin flavor to make it interesting, while still tasting like a biscuit. They did not rise terribly high but enough.

I ate them several different ways. I did make the maple cinnamon butter, and that was a really nice sweet, salty touch. I also served them with fresh sausage from my local butcher and blackberry jelly. I made little biscuits (about 1 1/2 inches diameter) for a party and served them with an assortment of butters and jams and the option of sausage. They were a hit! 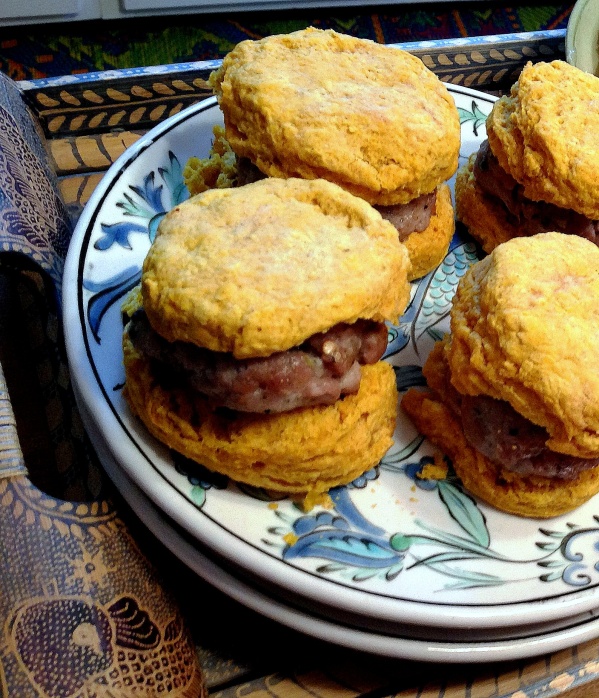